Star Wars Resistance is in full on First Order plot mode as the first season barrels towards its inevitably shocking conclusion thanks to the latest episode, which is titled, “The New Trooper”.

The episode keeps the First Order’s occupation in the limelight as Kaz and company try to save Kel and Eila from a bit of First Order hell. Meanwhile, Kaz uses this opportunity to do some spying for the Resistance, and he takes advantage of it by scoring his biggest First Order find to-date, their fleet map.

“Hey now Team Fireball, Matt Heywood here from the Star Wars Time Show to recap and review the latest episode of Star Wars Resistance, which is titled, The New Trooper, aka, S1E16.

The episode begins with Pyre checking on Doza, who is more than ready for the First Order to leave his station, but Pyre makes more excuses as to why they must remain, the takeover is in full effect.

Meanwhile, Kel and Eila are air fishing for flying fish when they get harassed by a Trooper for ID. Somehow the two manage to knock him out, I’m really starting to think these two are more than just regular runaways, but more on that later, so they’re screwed for the time being.

Back at Yeager’s shop the group is discussing their disdain for the First Order, but Tham loves them and appreciates the security they bring. Foolish young girl.

Kel and Eila bust in on the dinner, so Kaz Neeku and Tham agree to help them. They show them the knocked out trooper, so Kaz and team move him to the Turtle people’s place to keep everything on the DL.

At this point Kaz decides to don the Trooper’s armor and report in as the trooper so he can snoop around and see if the trooper logged the incident with the two kids.

Kaz gets mixed in with other troopers on a security walk, but manages to sneak away when they encounter protesters, because the Colossus citizens have mostly had it with the First Order.

Meanwhile, the actual Trooper wakes up, but again the kids seemingly use some sort of power to calm him, or at least the little girl does before Neeku shocks him back asleep.

Kaz manages to get into the command shuttle to check the security logs and finds that the kids haven’t been logged, so life is good. Although, while in the shuttle he fights a ball droid to get some First Order data drive action he hopes to give to the Resistance. Kaz kills two birds with one stone and heads out, but he gets taken to Commander Pyre for some testing.

Pyre explains the First Order’s plans to send a full garrison to the Colossus to essentially take it over for the First Order, so Kaz gains even more valuable intel, but he also gets called out for some needed reconditioning.

Before the First Order can brain scrape him, he escapes and manages to swap the armor back onto the real Trooper before the other Troopers catch him.

The day is saved, but before the episode ends Kaz and Yeager study the data drive, and it is revealed that the First Order has a bigger fleet than the New Republic, so the two deduce that they’re planning to go to war and use the Colossus as a strategic refueling station.

At this point it’s clear that each remaining episode of Star Wars Resistance will be mostly dedicated to the First Order’s presence on the Colossus, and how Kaz will use his spy skills to uncover their ultimate sinister intentions.

While this episode lacked great Easter eggs and franchise references, it definitely made up for them with a solid plot and additional revelations about how the First Order built up its war machine to take on the New Republic.

Kel and Eila made another appearance, and based on the fact that they took out a Trooper by themselves, and then seemingly put another to sleep with touch and words, I really think that they’re going to turn out to be more than just recurring characters. It’s as if they have some sort of connection to the Force, so maybe that’s why the First Order wiped out their village. I just don’t think these two are simply refugees.

I also enjoyed how this episode presented dueling opinions on the First Order via Tham and Kaz and pretty much everyone else. I shows how easy it is for an evil force like the First Order to con people into thinking they’re good, so this episode perfectly showcased how the galaxy could let a rogue group come to power merely decades after vanquishing the Empire.

Finally, this episode has fully thrust Kaz into a legit hero role now, and while he’s a clumsy one, he’s a fun one to watch, and yet again he put his neck on the line for his friends. Not only did he make sure to keep his friends safe, but he also secured the greatest data yet for the Resistance, so thanks to Kaz, they now know how big the First Order fleet is, so everyone now knows why the Order wanted the Colosuss in the first place.

Mission accomplished? I think not, but this episode has taken us one step closer. And I’m still holding out for the Yeager twist, I just think it’d make for some awesomely shocking storytelling, so I’m not giving up my prediction yet that he’s a First Order mole.

Thanks for watching, I’m Matt Heywood signing off for the Star Wars Time Show, because there’s always time for Star Wars Time, May the Force be with you, always.”

Kaz helps some friends while also scoring some invaluable data for the Resistance, making this a solid episode to watch. 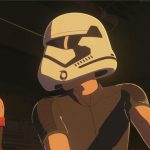 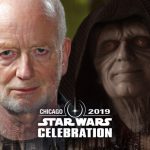