One of the four nods to all things Star Wars could classify as both an audible and visual egg, because it featured an identical sound used in A New Hope, as well as very similarly designed vehicles. One of the eggs is also from the series itself, which is due to a callback to a monster featured earlier this season.

Head on down below to check out the five Easter eggs and references for The First Order Occupation. 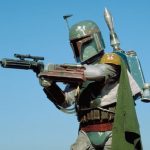 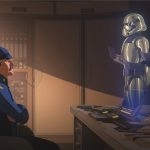