A few of this Season’s overarching narratives were revisited in Star Wars Resistance: The Doza Dilemma, which saw the First Order makes its most daring move yet, and Kaz getting one step closer to figuring out how the First Order has been undermining the Colossus.

The episode had a solid amount of Easter eggs too, so it was definitely the best overall episode of Resistance since its return from a midseason break. You can check out the full recap and review below via the video, or you can read the video script embedded after it.

“Hey now Team Fireball, Matt Heywood here from the Star Wars Time Show to recap and review the latest episode of Star Wars Resistance, which is titled The Doza Dilemma, aka S1E14.

The episode starts with the First Order plotting with Kragan and the Pirates to pull of a heist that Pyre and Phasma believe will finally convince Doza to bring them on as the Colossus’ protectors.

Meanwhile, on the Colossus, Kragan informers Synara of the plan and tells her that she will have to smuggle two fellow pirates on board and get them into the Tower. You can tell she’s a bit squirrelly about it, but she commits to the nefarious act.

While hanging out at Aunt Z’s with the young crowd, Synara gets an invite to go play some video games at Torra’s place with Kaz and Tham, so they all go shoot some training remotes, but Synara also spies on Tower security, and even gets the Tower code from Torra, who think they’re friends.

As the cycle moves from day to night, Synara breaks the two pirates onto the Colossus, but unbeknownst to her, Kaz and BB-8 see her talking to the two intruders. For now they don’t know that she’s a pirate spy, but it reinforces BB-8’s distrust of her, which he reminds Kaz of.

Synara gets Valek and Drell into the Tower, but once they tell her they’re after Torra, she decides she must stop them, so clearly Synara is becoming more and more conflicted about her role with the pirates.

She runs off to help, but smacks into Kaz, who had been following her and the other pirates. She tells Kaz what’s going on, so they go off to try and help Torra.

Kaz heads off in the always busted ass Fireball fighter to try and stop the pirates, and he informs Doza of the plot, so he scrambles the Aces.

Kaz eventually catches up to the pirates, but once Kragan appears in his massive pirate ship, Kaz starts to realize that something fishy is going on with Synara, but more on that later.

As Kaz struggles to no get shot down, the First Order appears over Kragan’s ship, so Kaz becomes even more curious about what sort of plot may be playing out. It’s as if he’s starting to finally see the big picture.

Major Vonreg is on the First Order ship, and it appears as if he’s going to pay Kragan for kidnapping Torra like Pyre proposed earlier, but he opens fire and rescues Torra himself, which further confuses Kaz, but we as viewers know exactly what is going down.

Vonreg returns Torra to Doza as if the First Order were the true heroes, and they do get their praise from Doza, but he still doesn’t fully enlist the First Order for protection. Vonreg leaves a security detail behind just in  case to keep a First Order presence on the station.

The episode ends with Kaz giving Synara a chance to be honest about the two pirates he saw he with, but she lies to him again, which confirms to him that she’s a pirate spy, or a pirate herself, so Kaz finally solved a bit of the puzzle he’s been tasked with by the Resistance.

I wholeheartedly enjoyed The Doza Dilemma, because it featured a solid amount of easter eggs and references, and it solely focused on a few of the main plot threads that have been started this season that play into Kaz’s overarching mission to figure out what the First Order wants with the Colossus.

The Kaz and Synara thread has been brewing all season, so while it was sad to watch Kaz realize that his crush has been lying to him, I’m glad to see that things I’ve speculated on are coming to pass.

Synara showed in this episode that while she is still loyal to the pirates, her time on the Colossus is changing who she is, so I still believe she will either turn good for keeps, or that she will sacrifice herself to save either Kaz or Torra. Either way, I like that Kaz has the upper hand on her, and I think that he will use it to his mission’s benefit moving forward, even if it was sad to see his reaction from getting played.

I also found the First Order’s latest plot to be one of its best and most well executed attempts to get Doza in line. It shows how shady they are, and that they’ll use anyone to get their goals accomplished. They are definitely showcasing that like Palpatine’s Empire, they too can play the long game to get what they want.

Finally, Kaz once again is stepping more and more into the hero spotlight, so I do believe by the time this season wraps, he will no longer be looked at as some fool by his peers, and he will have earned all of their respect for life. But don’t worry, he’ll still be a klutz.

The Doza Dilemma featured a great mix of easter eggs and plot, so it's by far the best episode since the show returned from its winter break. 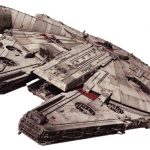