The latest episode of Star Wars Resistance — “Station Theta-Black” — continued to expand upon Kaz’s mission from the Resistance, which is now starting to bear fruit for General Leia Organa and Poe Dameron. This is one of those episode that solely focuses on Kaz’s work with Poe, and the two go off on another one of their missions, so if you love when Star Wars movie characters show up in Resistance, you’ll definitely appreciate what this one’s plot has to offer.

On the other hand though, this episode really didn’t feature any great Easter eggs or franchise references, so I had to really stretch for the ones I did dig up. In the end though, it still offered more lore for the new Star Wars trilogy, while also pushing its own main plot thread forward, so it was both entertaining and informative for Star Wars super fans.

“Hey now Team Fireball, Matt Heywood here for StarWarsTime.net to recap and review the latest episode of Star Wars Resistance, which is titled, “Station Theta Black”, or what I like to call, Baby Starkiller Base.

The episode begins with Tam yelling at Yeager for letting Kaz take the Fireball on a mission, even though it wasn’t cleared to fly.

We then see Kaz barely keeping the Fireball together as he prepares to meet with Poe and the Resistance in space to hand over the First Order proposal he secured from Captain Doza’s office in the last episode.

Kaz boards the Rebel Blockage runner and meets with Poe and General Organa. Leia informs him that his data has helped lead them to a First Order facility in the Unknown Regions. Poe asks Kaz to join him on a reconnaissance mission, so the two head out to the station in their trusty X-Wings.

Against Leia’s orders, Poe and Kaz land on the seemingly empty station to investigate it. They soon find out that they’re not alone when a security droid attacks them, which in turn alerts Captain Phasma to their presence, so she enlists Commander Vonreg and some Troopers to go to the station to demolish it for good, and to hunt down the intruders.

Meanwhile, Kaz finds out the stations purpose, which is to mine Dedlanite, which is a mineral required for blasters.

At this point Phasma and the First Order show up to blow up the station and find Kaz and Poe.

A shootout takes place in a similar fashion to what Han, Chewie, Luke, and Leia faced during their Death Star escape, but Poe and Kaz eventually manage to get to their X-Wings.

Although, they then get embroiled in a dogfight with Commander Vonreg and a few First Order TIE fighters, but Phasma calls off their pursuit so they can blow up the mining station and possibly kill Poe and Kaz in the resulting explosion.

Poe gets out of harm’s way, but at first it appears that Kaz and BB-8 did not, until it’s revealed that Kaz pulled a Kenobi and used an asteroid to dock to to avoid the explosion.

Poe and Kaz return to Leia and inform her of what the First Order is up to, and how it is building up arms. She appreciates the information, but fears it still won’t be enough to convince the New Republic to do anything to stop the First Order since most senators are making cash from the war machine.

The group remains hopeful that this new intel will change minds across the galaxy on the First Order, but we know how that goes down’t we.

While this episode didn’t really have any surprising Easter eggs and Star Wars franchise references, it was still a solid episode thanks to how it solely focused on Kaz’s work with the Resistance, and how it is starting to pay off with valuable intel.

Whenever we get an episode with Oscar Isaacs’ Poe Dameron, it’s hard not to be entertained, so while this episode may cheat a bit, it also provided some great action set pieces, and more lore to chew on for the most recent Star Wars trilogy.

It really helped to paint a clear picture of what the First Order was up to prior to our first interaction with them in The Force Awakens. It shows how they secretly built up their war machine, and why the New Republic let it happen due to greed. It also offered more insights into how ruthless Captain Phasma can be thanks to her handling of the Station’s demolition, and how she commanded her forces. She’s a no nonsense ass kicker, so I appreciate that this show is giving her more time in the spotlight now that she’s more than likely off the table for Episode IX.

I’m really enjoying where this episode leaves Resistance, so I hope we get one more before the winter break. If anything else, these first 11 episodes of Resistance have more than justified its existence to me, and with lore filled episodes like this one, it should definitely be on your to-do list if you’ve ignored it for whatever reason up until now.

Thanks for watching, Matt Heywood signing off for StarWarsTime.net, where there’s always time for Star Wars Time.“ 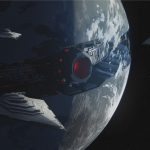 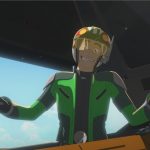