The latest episode of Star Wars Resistance, which is titled, “Station Theta Black”, featured some great action set pieces, and plenty of Poe and Kaz paling around, but it didn’t offer up much in terms of awesome Easter eggs and Star Wars franchise references to soak in. In fact, I really had to reach on the four that I noted during my initial viewing so I could create this week’s Easter egg breakdown video. There could have been many more, but I don’t go over old eggs and references I already pointed out, so I left out the fact that a Rebel Blockade Runner was featured, as well as the First Order spacecraft that has already been pointed out in previous episodes.

So, I had my work cut out for me, but I do think my mentions work, albeit with a few expected eye-rolls coming my way. The full list of Easter eggs and Star Wars franchise references can be found after the video. 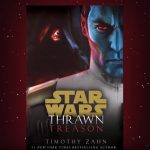 Finale of the Thrawn Trilogy Revealed 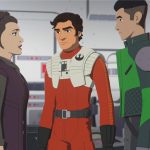