If you slept on Star Wars Resistance, then you missed out on a solid new animated Star Wars series featuring brand new, and existing characters that features stories that provide more insights into the sequel trilogy. We here at SWT love the show, and dedicate a special cast to recapping new episodes when it is in season, so it’s no surprise to us that the show just got nominated for two huge TV awards.

The show got nominations from both the Emmys and the Saturn awards for its first season, which goes to show that this isn’t just a throw away series. It received an Emmy nomination for Outstanding Children’s Program, and even though the nom is for children’s programming, I can assure you the show is just fine for us old kids too.

Resistance also got a Saturn Award nomination for Best Animated Series on TV, which sounds a bit more encompassing than the Children’s Program designation the Emmys threw at it.

Either way, congrats to all involved, and we can’t wait to see where Kaz and company go in Season 2! 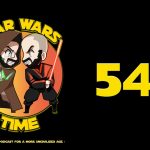 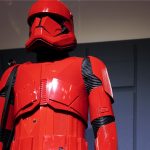