In the latest episode of Star Wars Resistance we began to see how the pirate Synara is dealing with her new life on the Colosuss, but as expected, she’s up to no good.

The episode had a great pace to it with plenty of action, and of course, a solid amount of Star Wars Easter eggs and franchise references. In fact, this episode had the most nods to existing Star Wars properties to-date. I picked out 13 items of note, and while a majority of them revolve around the pirates and what they like to wear, there were others that didn’t just involve clothing.

The references were mostly to the original and prequel trilogies, with the OT taking the lead, which is quite alright with me, a self-reported critic of the Prequels. The 13 eggs/references from Synara’s Score can be found below, but you’re better off watching the video to get the visuals. 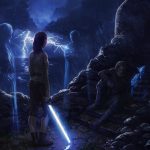 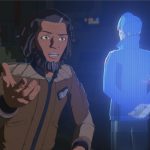