We now have official confirmation that the leaked port for Star Wars Republic Commando will be coming to Nintendo Switch and PS4 on April 6th of this year.

We initially reported on this Republic Commando port a couple of weeks ago when an image listing the developer, Aspyr Media, and some other development info on the game leaked on Twitter. At the time, we discussed the possibility of this game releasing for both Switch and PS4 give the Jedi Knight series ports were release on both consoles, and that has turned out to be true.

PlayStation announced that the game would be coming to PS4 on April 6th as well via the PlayStation Blog. They also announced there will be new trophies to hunt while playing the game and that a platinum trophy has been added. They did not mention if the game will be playable on PS5. 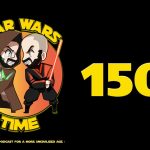