Hey guys! We are getting another Star Wars game…. port…

Yep, that is right, Aspyr Media, the studio working on the KOTOR remake is also working on a console port for the beloved game Star Wars Republic Commando.

For those of you who aren’t into the gaming lingo, a port is basically just a way to make an old game work on new consoles. Aspyr has previously done with with the Jedi Knight game series, so it is not surprising to see them working through some of the other highly regarded Star Wars back catalog.

There is no announcement on the release window for this game, but we may hear something during the upcoming gaming con circuit. 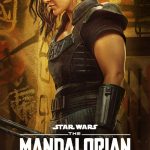