Zen Studios has announced that Star Wars Pinball VR is headed to Oculus Quest 1 and 2, PlayStation VR, and Steam VR on April 29th. A trailer was released to show off what gamers can expect when the game ships this spring.

The VR version of Star Wars Pinball will include multiple tables, a game room players can decorate with various in-universe items, and new mini-games that feature interactive experiences. It also appears as if you can virtually stand at the tables and play them as if you were in an old school arcade.

Check out the spot below!

Nick and I will talk more about Star Wars Pinball VR in next week’s episode of the SWTS, so don’t forget to tune into the Star Wars Time Show on a weekly basis via our podcast platforms or via YouTube if you prefer the livestream angle.

Star Wars Pinball VR is set to launch with eight tables: the brand-new The Mandalorian and Star Wars Classic Collectibles tables, along with six remastered favorites, including Star Wars: A New Hope, Star Wars: The Empire Strikes Back, Star Wars: Return of the Jedi, Rogue One: A Star Wars Story, Star Wars Rebels, and Masters of the Force.

Star Wars Pinball VR will also feature some special modifications that take full advantage of the virtual reality experience. All of the action occurs in a fully customizable “fan cave,” which houses your in-game pinball table as well as many Star Wars helmets, lightsabers, and other items earned through successful play. Turn on the pinball table and the room comes to life — not only with a new table to play, but also with life-sized characters and vehicles joining you on either side. Meanwhile, Total Immersion mode allows you to experience everything at table level, and fully 360-degree minigames surround you with iconic Star Warsset pieces. 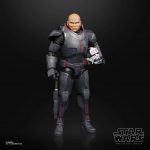 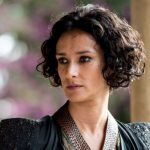