A Redditor has posted an image that displays what the thumbnail images will look like for the Star Wars movies on Disney+. As you’ll see in the full image below, the art has changed significantly from what has been used on other streaming platforms such as iTunes and VUDU.

I actually quite like these new thumbnails, as each one outside of TLJ’s seems completely fresh. The Last Jedi’s seems as if it’s a damn near direct clone of its theatrical poster, while the others are definite departures from what has been used before. I have to say that the Age of Republic thumbnails are the most improved. I mean if you didn’t know anything about the movies themselves, you’d look at the art and say, “SIGN ME THE FUCK UP!,” because they look super intriguing. Just look at Attack of the Clones now! The thumbnail makes it look like the most intriguing film in the saga!

I’m assuming if there’s a re-release of the saga in 4K, these will be the box covers too, and I’m down with that. Sound off below. 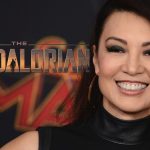 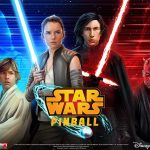