Let’s be real, Star Wars: Attack of the Clones is a really shitty movie, and easily the worst overall Star Wars flick. I mean it’s not even close thanks to the cardboard acting and chaotic plot. I can’t even get my 3 year old to sit through it without her eyes rolling over Anakin and Padme’s courtship, and don’t even get me started on sand.

In all seriousness though, if you like AOTC, good for you, I don’t, and neither do many other fans, but who cares what we think. You love what you want my friend, just don’t try to convince me that this particular movie has any saving graces outside of Anakin’s outburst on the Lars farm after he murdered Sand People.

Anyway, Star Wars Kids has provided a new cut of the movie that actually makes it worth watching, and that’s because it’s been shortened down to just five minutes! They’ve cut most of the bullshit and use a narrator to fill in the gaps, so it’s a great way to get the meaty plot points without wanting to claw your eyes out of your face.

This seems to be a new series for SWK, because last week a 5-minute cut of TPM was released, so you can check that one out below.

Attack of the Clones
0 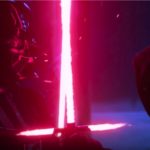 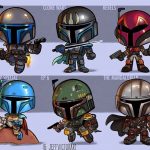 The Evolution of Mandalorians Captured in Glorious Chibi-Art