EA and Respawn have finally given us a real deal Star Wars action-adventure game in Star Wars Jedi: Fallen Order, and while it scratches many itches fans have had for a new Star Wars game, a few technical issues keep it from being a near perfect game.

You can check out my full review below in video or scripted formats.

Fallen Order is a great Star Wars game that scratches many itches we’ve been having for a return to a narrative driven Star Wars action adventure.

It has all of the keys for being a successful Star Wars game. The characters are new but rooted in lore we’re all familiar with. The story fleshes out a period in the universe that hasn’t been focused on very much, but is ripe with tales to tell. And the gameplay, while a bit wonky, is ultimately enjoyable, thanks to a solid balance between combat, exploration, and a little bit of platforming.

With all these positive aspects going for it, one would think that Fallen Order is one of the best games of the year, if not the best Star Wars game in decades, but unfortunately, at least for me, it’s not.

This is due to its Soulsbourne-ish combat system, which to me feels way too clunky and heavy, as well as some straight up tech glitches that sour the experience. Oh, and its dumbass on rails, sliding down slopes segments can go to hell too.

Anyway, I just hate the style of combat Respawn adopted. Call it a me problem if you will, but having Cal feel like he’s whipping around a 2 ton steel bar to make the combat feel more precise and earned, just sucked a lot of the power of a Jedi out of this game, which in turn made combat segments and boss battles my least favorite aspects of Fallen Order.

Luckily there is a Story Mode to lessen the nonsense, but even with this setting, combat feels more like a chore than something meant to make you feel like a powerful Force user, so I mostly hated the precision-based combat system Respawn went with, and longed for the days of some good old combos and button mashing, a la, The Force Unleashed.

I also hit some really janky glitches while levels were loading, which would either freeze the game for a period of time, or just black out the screen and mute the dialogue altogether, so I feel like I missed a few story moments due to these issues, so again, while this game is a breath of fresh air for Star Wars fans, it’s not as error free as you may have heard.

Either way, I still loved my time with it, and feel it’s a solid Star Wars video game franchise that deserves to live on in sequels. I would just hope for some more polish, and possibly a redesign of the combat system, because to me, a game about a Jedi should make you feel like a Demigod, and not like some bum who can get worked by the galaxy’s biggest bozos in the form of Imperial Troopers if you don’t time a block right.

Star Wars Jedi: Fallen Order is an 8 out of 10 type of game, and would have been a 9 if it weren’t for the straight up tech issues I experienced. It’s definitely worth playing if your a Star Wars fan or just like action adventure games. It’s also a solid challenge for you nuts that like to get destroyed by video games, so it has that going for it if you’re into that type of torture.

If you don't like Soulsbourne-style combat, then you will take issue with Fallen Order's gameplay, but thanks to a Story Mode and some other awesome Star Wars video game elements, it's still a very worthwhile return to narrative driven Star Wars gaming. 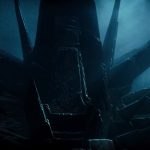