Today EA and Respawn finally pulled the lid off of Star Wars Jedi: Fallen Order, which has been confirmed as a single-player, narrative-driven game that won’t feature a single microtransaction!

The game was officially detailed at Star Wars Celebration, and an awesome first trailer was shown off, which you can watch above. The trailer introduces you to the game’s hero, who is a former padawan named Cal Kestis, who is played by Gotham’s Cameron Monaghan.

Fallen Order will pick up after the events of Revenge of the Sith, and Cal will be in hiding working on a planet called Bracca breaking down old Clone Wars era Star Destroyers. Due to a work place accident, he will reveal his force affinity, which in turn will get the Empire and the Inquisitors on his tail.

In particular, he will be hunted down by the Second Sister and Purge Troopers, who you both can see up above in the trailer. You’ll also see some action segments, which will give you a general tone of what to expect in regards to this game’s gameplay.

“This is an action-melee game,” Stig Asmussen, the game’s creative director, said during the panel. “You play as a Jedi on the run, in training with a lightsaber and Force powers. We made sure that the combat is something that is easy to pick up but also, if you put a lot of time in, you can master it. We call the combat in the game ‘thoughtful combat.’ You have to size up your enemies and exploit their weaknesses.”

I like what he’s saying here, although it does sound a bit Souls-ish, but it also sounds like players who don’t want to put the time in to master the gameplay, will still be able to enjoy their style of progression through the game.

Vince Zampella also went on to emphasize that this is a fantasy based game for gamers wanting to be Jedi. “This is a Jedi fantasy story,” Zampella said at the Celebration panel. “I think we’re known for being multiplayer shooter guys, that’s not what this is about.”

“When Respawn approached us with the idea for this game, we were immediately supportive,” Steve Blank, Lucasfilm’s director for Star Wars’ franchise strategy, said in a statement released after the panel. “A single player, story-driven title in the Star Warsuniverse was exactly what we were looking for, and we know the fans have been eager for one, as well. Focusing on Cal stepping back into the shoes of a Jedi post Order 66 opens up a lot of gameplay opportunities and rich story threads to develop for this new character and his backstory.”

Overall, I’m highly intrigued by what was shown and said about Star Wars Jedi: Fallen Order, so stay tuned for more details. It’s due to hit PC, PS4, and Xbox One on November 15, 2019. 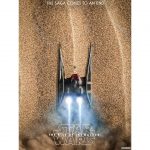 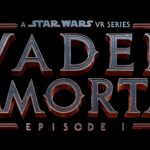