Today Zynga revealed that it will need more time to work on Star Wars: Hunters to release it worldwide, so its full launch has been delayed until 2023.

The game has had a soft launch in some territories, and those who got into it will still be getting updates while the full launch edition keeps getting tweaked until 2023.

You can learn more about the Star Wars: Hunters via its official website.

Nick and I will talk more about this delay on this week’s episode of the SWTS, so don’t forget to tune into the Star Wars Time Show on a weekly basis via our podcast platforms or via YouTube if you prefer the livestream angle. Andor Season 1 to Chart the Formative Years of the Rebellion 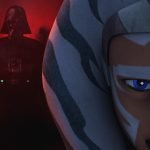