Last week on the Star Wars Time Show, we talked about a small scale shooter that was spinning around the rumor mill. Today, we may have the official announcement for that game.

Star Wars Hunters, a new F2P game from Zynga for mobile devices and Switch, was just announced via YouTube.

The official description of the game from StarWars.com almost falls in line with the Battle Royale style game that Matt and I speculated about last week.

“Set after the fall of the Galactic Empire, Star Wars: Hunters will connect players in real time to battle in arena settings inspired by iconic Star Wars locales. Play as daring Bounty Hunters, heroes of the Rebellion, and an Imperial stormtrooper, in an action game that immerses players in fast-paced and visually stunning Star Wars conflict.”

Team based Battle Arena game set in the Mando timeline. Call us prophets, because we hit it on the head. If you have played any Battle Royale games, you know that almost all of them have squad mode included with the standard solo mode.

There is no announced release date for Star Wars Hunters other than 2021, but since it is free, there is no barrier to entry for any interested players. 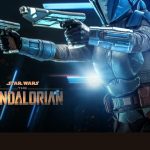 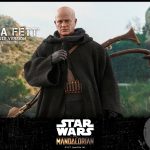