The rumor revolving around Star Wars: Detours landing on Disney Plus is getting more heat this week thanks to a new report from The Vulcan Reporter. Now I’d still take their findings with a grain of salt, but considering that this rumor keeps popping up in various forms, I’m starting to think there’s some legitimacy behind it.

Apparently this outlet has learned that close to 52 episodes have been created for the series since it was first announced in 2012. The series would feature satirical takes on all things Star Wars, and it would be set in between Revenge of the Sith and A New Hope.

If this rumor is true, TVR expects the series to hit on May 4th as a surprise to fans on Star Wars Day. I hope it is legit, because I’ve been wanting to check out this odd looking series ever since it was first introduced, so I’m keeping my lightsabers crossed for this one. 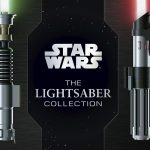 Here’s An Image From the Andor Set