It appears that a new wave of Gaming Greats Black Series figures are headed to retailers later this year thanks to the reveal of a Cal Kestis Deluxe figure. The figures is pretty solid looking, and the accessories are even better.

For an estimated $29.99, you will get the figure, BD-1, a Bogling, a Jedi holocron, lightsabers and assorted accesories, which include a removable rubber hood. Considering how many accessories you get, this is a damn good price for this type of figure if the $29.99 price point holds for the US release.

As of right now, the figure can only be pre-ordered from International sites like Zavvi and Forbidden Planet, but according to Yak-Face and past Gaming Greats releases, US/CA collectors should expect him to show up on GameStop/EB soon. If this is the new style of Gaming Greats offerings then I hope Hasbro keeps them coming!

The Cal Kestis Deluxe Gaming Greats Black Series figure should release towards the end of July. 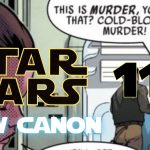 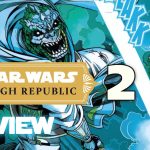