Star Wars fans, and possibly stoners, got some new content on Disney Plus today to consume, and it doesn’t start with The Bad Batch. Biomes, Flythroughs, and a new Simpsons Star Wars short are all now on the service in honor of Star Wars Day, as well as some kick ass new art for the films and other properties.

I’m personally a fan of Biomes and the Flythroughs, which are essentially meditative experiences for Star Wars fans. Biomes takes you on a fly-over of various Star Wars locations like you were scouting a golf course, where Flythroughs does something similar, but with Star Wars ships. This is the content I think stoners will enjoy as it doesn’t require anything by your eyes to be open. One could definitely reach a Force zen while taking these in.

The new fan art for the thumbnails is also a nice touch, and who doesn’t love The Simpsons, so make sure to fire up your Disney Plus app today to check out all the new Star Wars content on it. 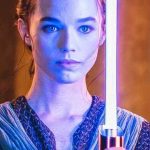 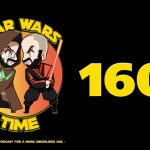