DICE and EA have officially unveiled the new Star Wars Battlefront II Celebration Edition, which will be available on December 5, aka, tomorrow.

This primo edition comes with everything that has released for the game so far, as well as new hero appearances, lines, and emotes. It will retail for $39.99, but players who already own the base game can upgrade to the Celebration edition for $24.99, which seems a bit much considering they’ve already paid full price for the base game. Oh well, that’s EA for you.

The full content of the Celebration Edition is listed below:

Existing players can upgrade their current version of Star Wars Battlefront II to the Celebration Edition at the discounted price $24.99**, too, and get all the listed customization items above. New Appearances released on December 5 for the Clone Commando, BX Commando Droid, ARC Trooper, and the Droideka are included as well (also available separately for Credits or Crystals)

On December 17, all players will get the next free content update, which will be for The Rise of Skywalker. It will add a new location, hero character appearances, and new reinforcements.

To check out the full details on both releases, you can head over to DICE’s official site. 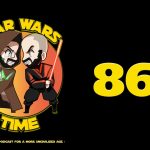