After 2 iterations and many fan complaints, it seems like EA’s Battlefront franchise may finally be dead. According to Tom Henderson of IGN and other outlets, the pitch for Battlefront 3 was shot down by EA due to increased licensing costs post-EA exclusivity.

This gives us an interesting look into what benefits EA had during their period of Star Wars game exclusivity, and clearly, one of those benefits was decreased licensing fees which would allow them to sell fewer games to hit their profit numbers.

While this may seem to be a dire blow to EA and fans of the Battlefront series, there is some good news for us Star Wars fans out there. Henderson also mentioned that there are 2 other single play, story-driven games being developed by EA in the place of Battlefront 3.

Maybe the success of Jedi Fallen Order was enough to prove that story-driven Star Wars games still have the ability to draw in the big bucks for EA. While there is no official info on the 2 games that are being developed, we have seen leaks of a Mandalorian game simply titled Star Wars: The Mandalorian that seems to follow the adventures of Din and Grogu during the time of the show. There was no indication that the game itself was being developed by EA, so this may not be one of the titles in question.

Hopefully, we will get some info on these 2 games in early 2022, but for now, all we can do is speculate on what we would like to see. 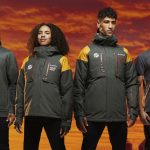