EA and DICE have put out a new video to detail all of the changes coming to Star Wars Battlefront 2 today thanks to the new Rebellion update.

The update brings two new characters in the Ewok Hunter and the ISB agent, as well as Age of Rebellion maps becoming available in the game’s co-op mode. There’s also a host of new weapons being added, as well as hero character updates.

This update is rather massive, so to get all of the details on all of the changes and tweaks to everything from characters to the UI, head over to the official forum.

The Age of Rebellion update arrives tomorrow, February 26 and with it, a great selection of new content.
We’ve got Age of Rebellion Co-Op locations (7 in total!), two new Reinforcements in the form of the Ewok Hunter and ISB Agent, 4 new Blasters, 4 Capital Ships for Co-Op, Hero improvements, AI upgrades and two new Heroes Vs. Villains maps. 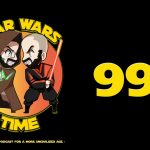 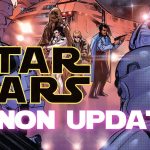