Star Wars fans will finally get a bit more backstory on Supreme Leader Snoke thanks to a new comic series debuting this September.

Marvel’s Star Wars: Age of Resistance series will also feature tales about Rey, Kylo Ren, and Rose Tico, but the juiciest of runs has to be Snoke’s. Star Wars: Age of Resistance – Supreme Leader Snoke #1 aims to cover a time period not previously explored in the sequel trilogy. Apparently, the comic will be set shortly after Snoke managed to lure Ben Solo to the Dark Side, but I’m not sure if that means when he was still young and hadn’t trained with his Uncle yet, or if it is implying it will take place after Ben helped to take out Luke’s new Academy.

Either way, at least we are getting something Snoke related that will help to flesh more of his overall role out in the galaxy. I still think we may hear a bit more on him in The Rise of Skywalker, at least in spoken word in passing to possibly explain some of the Palpatine stuff, but at least we know if anything else, parts of his past will now be explored in comic book form. Yay for lore!

Supreme Leader Snoke’s brutal training of Kylo Ren begins. Will the sadistic Snoke break his tormented protégé? Or has he underestimated the son of Han and Leia? 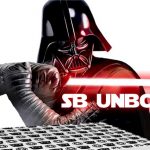 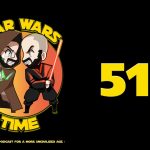 SWTS: New Collectibles, People Stealing from Galaxy’s Edge, and Rey Not in the Next Trilogy