Star Wars Kids is continuing its mission to deliver every Star Wars movie’s main plot points in 5-minutes or less this week with a shortened edition of Star Wars: A New Hope. The Prequels got the treatment, which made them better than ever, but now it seems the Originals, or I guess we should now call them the Age of Rebellion films, are getting slimmed down.

These are actually pretty great at getting young kids in the know on the key points from the films, or even your older lazy friends who claim they don’t have enough time to watch the best Sci-fi franchise on the planet. You really do get the meat provided to you without all the fluff, so they’re nice ways at exposing longer form Star Wars to younglings and people who suffered child abuse by their guardians not getting them into Star Wars in the first place.

Check out A New Hope on speed above!

J.J. Abrams Says Adam Driver is Mind-blowing in TROS and He Had the Final Sequence Figured Out Early 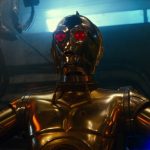 D23 ‘The Rise of Skywalker’ Footage Gets Hilariously Re-dubbed