A new Mandalorian helmet design, at least in a live-action sense, was featured in the latest TV spot for The Mandalorian, so I put my Star Wars fan speculation hat on to take a few stabs at what it’s appearance could mean or imply.

I feel the design is very similar to that of Bo-Katan’s, and while I’m not claiming the Blacksmith is her, it could very well be the Mando or someone in his family, it could hint at his ties to her clan. If you watched the end of Star Wars Rebels, then you know that Bo has become the de facto leader of Mandalore, which would have huge implications for the Mando himself if he is related to the Kryzes, who are clearly a respected, if not royal-like clan on Mandalore.

I discuss this and other thoughts in the video below, so please do check it out and subscribe if you’re not already on our little bandwagon! 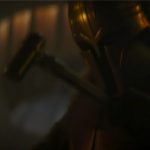 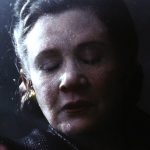