Star Wars actor and best pal to J.J. Abrams, Greg Grunberg, has been posting cryptic tweets since the end of October about having some sort of major Star Wars: The Rise of Skywalker news to share.

He’s sent out at least three tweets since 10/31 about the announcement, and apparently the only force holding him back has been the Mouse. It appears that he needs the green light to let his secret out into the world, and clearly that hasn’t happened yet.

His latest tweet dropped today, but it still only confirms that he has BIG Star Wars news to share.

So what could this BIG news be? I’m thinking it may be related to a Snap Wexley toy? Possibly his own Black Series figure from Hasbro? I don’t think they’d let Greg reveal something major in terms of the movie itself, so I do believe it will be related to his background character, and that he’s just having fun with us on Twitter.

Stay tuned to find out what Greg reveals, hopefully sometime this week! 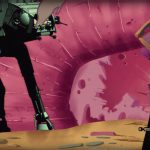 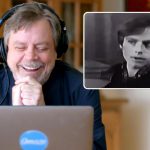