There’s an excerpt in the new Skywalker: A Family At War novel that would allow for a potential appearance of Qui-Gon Jinn in the Obi-Wan Kenobi live action series for Disney Plus. This is due to the setting of the show itself, and a length of time depicted in the novel for how long it took Obi-Wan to finally commune with his former Master through the Force.

We know for a fact that the Kenobi series will be set 10 years after the events of Revenge of the Sith, and as you can read above, that is the same amount of time it took for Kenobi to commune with Jinn through the cosmic force. This timeline would definitely allow for this moment to be captured on screen for the Obi-Wan series. It’s almost too perfectly teed up not to happen, especially considering that Obi-Wan is probably bumming out and meditating as much as possible. So Jinn reaching out to him or vice versa makes all the sense in the world.

If anything I think we may at least hear Liam’s voice, because unless canon has changed, I don’t believe Qui-Gon learned the Force Ghost trick soon enough to come back in corporeal form, so as we learned in TCW, he can mostly just communicate through the cosmic force with other Jedi. 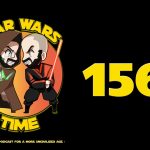 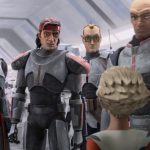