A fan-captured set video from the set of The Mandalorian season 3 was posted online earlier this week, and from what we can tell from the grainy video, it seems to show Nite Owls leader Bo Katan Kryze fighting her once companion Axe Woves.

It is pretty clear that the 2 combatants here are Kryze and Woves even through the grainy footage. It will be interesting to see what leads these 2 to blows given their tight knit nature as a part of the Nite Owls, but we also know that Woves was nowhere to be found when the assault on Moff Gideon’s cruiser was happening.

The Mandalorian season 3 is set to release in February 2023, so stay tuned to the Star Wars Time Show for more details on the show! 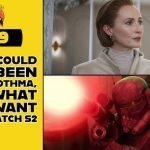 SWTS: Andor Series Could Have Been Titled Mothma, Plus What Fans Want to See in Bad Batch Season 2 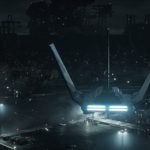