Disney has dropped a special inside look featurette for the amazing duel between Maul and Ahsoka Tano that was featured at the end of The Clone Wars: The Phantom Apprentice.

In the video, fans can hear from the cast and crew about the fight and how it was envisioned and executed. Although, the real reason to watch this video is to see Ray Park in action again as Maul, which you get to see plenty of while the video shows off the mo-cap session he did with Ahsoka’s stunt double, and equally awesome performer, Lauren Mary Kim. 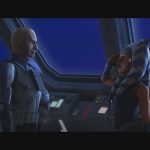 Foreboding Clip and Stills Released for The Clone Wars: Shattered 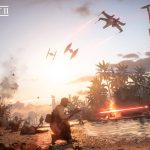