According to a leaked memo from Regal Cinemas, it appears that we should expect the second full length trailer for Star Wars: The Rise of Skywalker to debut in theaters with screenings of Maleficent 2.

As you will see below, a Regal employee posted an internal memo to Reddit confirming the release date of the new TROS trailer in theaters. This means you should be able to see it on the big screen starting on October 17, which is the early release day for Maleficent 2.

Although, if you don’t want to go to the theaters, there’s a great chance we get the trailer during Monday Night Football on October 14, which is exactly when our dumbasses predicted it would hit on a recent episode of the Star Wars Time Show!

You know we will have you covered, so stay tuned for the goodness when it comes. 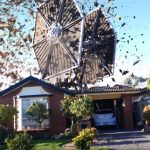 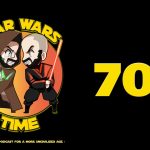