Earlier today, we dropped a piece outlining the awesome new toys that will be available for all of the attendees at San Diego Comic Con this year. One of those awesome toys is the one you see below.

What you see here is called a Sith Trooper, and if you take a nice hard look at this figure, you will notice that it looks very much like the Red First Order Troopers that were rumored to be in The Rise of Skywalker many months ago.

What is most interesting about this reveal is the name of the troopers, Sith Troopers. We have been told time and time again that Kylo Ren is not a sith, so all of his minion and special trooper assignments have never been referred to by that title, nor has he. Could this reveal indicate that Kylo has finally took the deep dive into full Sith status? Could these troopers somehow be linked to Emperor Palpatine, the long dead Sith Lord who will be making a return in The Rise of Skywalker?

Lots of questions to answer from such a simple reveal, but have no fear, Matt and I will dive into this speculation on the upcoming Friday edition of the Star Wars Time Show! 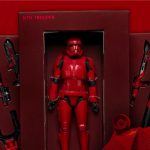 Black Series Sith Trooper, Hot Toys Figure and Other Collectibles to be at SDCC 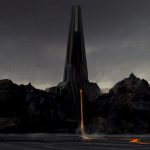