According to Variety, Leslye Headland, who most recently co-created Russian Doll for Netflix, has been tapped to create a Star Wars series for Disney Plus.

Variety is running this as a done deal, but neither Headland or Disney has confirmed the report, therefore, unlike most Star Wars asshole sites, we aren’t going to claim this is set in stone. Either way though, if it is legit, then awesome. I’m all for more Star Wars anything, and I really enjoyed Russian Doll, so I’m intrigued to see what Headland could do in Star Wars land.

The supposed series would be female-centric and set in a different part of the Star Wars timeline than most of the content available today. Who knows if they’d be Jedi, or just regular old hero type of characters, but I think a female driven series could be quite unique and interesting if done correctly.

Stay tuned for our comments on this matter in next week’s episode of the SWTS! 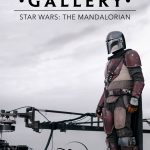 Disney Gallery: The Mandalorian Trailer Teases What Fans Can Expect From the BTS Series 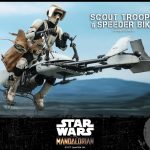