According to The Illuminerdi, two new character casting calls have been revealed for The Acolyte, which is supposed to be a Dark side infused tale set during the end of the High Republic era.

The details for the Paul character are interesting on two fronts. One, the stipulation of being needed for only one season implies that The Acolyte will have multiple seasons. Two, he’s definitely the bad guy of Season 1, or a key character for the series lead who dies during the first season to further along the lead’s narrative arc.

Miri on the other hand is interesting from the twin requirement standpoint. Since the name implies a single character, Lucasfilm could want twins to get past laws that prevent child actors from working too many hours. She’s also tagged as a lead guest star, so Miri may not be an every episode type of character, but one that pops up throughout the series.

The Illuminerdi also reported that The Acolyte will now film from October 2022 to May 2023, which seems like a delay based on an earlier report that it would film This summer.

Nick and I will talk more about The Acolyte on next week’s episode of the SWTS, so don’t forget to tune into the Star Wars Time Show on a weekly basis via our podcast platforms or via YouTube if you prefer the livestream angle. 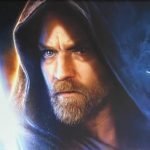