This latest rumor for The Book of Boba Fett comes from Giant Freaking Robot, so take it lightly as Disney hasn’t blessed any of it, but upon review, the supposed episode titles for TBoBF do sound legit.

According to GFR, the eight episodes of The Book of Boba Fett will be titled like so:

What’s even more interesting is that their Chapter numbers will supposedly continue the count started in the first two seasons of The Mandalorian. Therefore, Episode 1 of Boba will be Chapter 17 and so on all the way up to Chapter 24. Again, if this is legit, then this series, as predicted, is definitely The Mandalorian 2.5, albeit with a new front man.

Based on previous plot rumors for Book of Boba, one could start to guess what may go down in the series based on the rumored titles above. We have heard reports of Boba squaring off with another faction a few times before they decide to team up to take on a bigger threat, so with that in mind, which is corroborated in the GFR report, here’s my guess on the show’s main narratives.

Episode 1 and 2 will be dedicated to fleshing out Boba’s past and setting up the series. I’m guessing in Episode 2 someone may make an attempt on his life, or we will get more backstory on Fennec Shand.

In Episode 3 it sounds like Fett may get tangled up with a crime syndicate from his past, or a new one looking to team up with him or take him out after he wiped out Bib Fortuna’s gang.

In Episode 4 it sounds like Boba will be challenged by this other faction we’ve been hearing about, and if they’re Mandalorians like some have suggested, I could see Episode 5 being a trip to Mandalore for Boba or others to potentially get him and his team on their side against a bigger threat.

This bigger threat could very well be detailed in Episode 6, with the main battle between Boba and Friends and the Warlord going down in Episode 7.

Finally, in Episode 8, Boba, after all of these events, returns to what he does best, and that is hunt, but hopefully for those who are against his team, which will likely include Din Djarin and at least Fennec Shand. 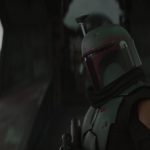