According to THR, Temura Morrison, who played Jango Fett in Attack of the Clones and provided DNA for the Grand Army of the Republic, as well as his son Boba, will be returning to Star Wars as the younger Fett during the second season of The Mandalorian.

Many speculated that Boba Fett has already made an appearance on the show during the Fennec Shand episode, which we detailed in a video. But now it seems like he will get a little screen time in Season 2. It doesn’t sound like his role will be big next season, but the rumor is Boba Fett will make an appearance.

At first I hated the idea of Fett on the show, but it has since grown on me as I believe it could only heighten the legend of Din himself, so I do hope this pans out. Plus, we all love Temura, so it’d be awesome to see him play two Fetts. 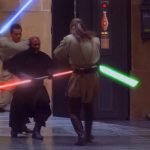 Dave Filoni Breaks Down “The Duel of the Fates” 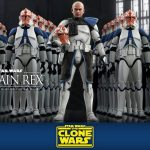