Star Wars fans, take this latest rumor with a massive grain of salt, but if true, there are some good things on the horizon for fans of Boba Fett and Ben Kenobi.

This leak comes from a now deleted post on Reddit Star Wars Leaks, so again, don’t put too much faith into it, even if it makes too much sense. Although, if true, the second seasons of The Book of Boba Fett and Obi-Wan Kenobi should definitely be of interest to most Star Wars fans.

You can check out our short breakdown of the leak below, or you can just check out the bullets points after the break. 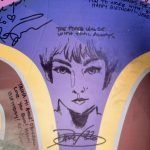