If you thought that the shiny new, and very badass looking Sith Troopers would be bad at aiming, and more cannon fodder for the Resistance, you’re probably going to be surprised thanks to a new Star Wars: The Rise of Skywalker rumor.

According to MSW, these aren’t your standard dummies in cool looking armor that the bad guys have been rolling out to be slaughtered for decades. The Sith Troopers are actually rumored to be legit warriors and part of Palpatine’s hidden fleet in the Unknown Regions.

Apparently, the Sith Troopers and this powerful fleet are a part of Palpatine’s contingency plan that he had in place if the Empire ever failed him. We know that it did, and we know that Operation Cinder was enacted after his death, so I’m 100% confident that the rumored hidden fleet in “the Beyond” is in fact a part of Palp’s plan to return to his seat of power to rule the galaxy.

The fun question is, how will Kylo handle this fleet? Will he want it for himself, or will he willingly work with Palp’s mysterious forces? More on that in a subsequent article.

Continuing on with the Sith Troopers, who have been described as being badasses thanks to their time in the Unknown Regions, which is supposedly a very chaotic place in the galaxy. They’ve been dodging gravity wells and generally just surviving in Space Hell while they wait to be found. They’re also rumored to have a Jump Trooper faction of Sith Troopers who fly in special red TIE fighters and literally eject themselves from their ships to fight with their jet packs on. According to MSW, The Clone Wars Mandalorian jet pack battles are similar to what we may see the Sith Troopers doing in TROS.

Finally, this Sith Fleet supposedly is equipped with Star Destroyers that have Death Star weapons of their own, so the fleet is one big flotilla of planet busters, which would definitely be more deadly than one big ass, slow moving space station.

Now this Sith Fleet is also rumored to play into Kylo Ren’s plans as he will be given a device to search for it, but I’ll have more on that in an upcoming post.

Nick and I will definitely be hashing this rumor out on the next episode of the Star Wars Time Show, so get subscribed. 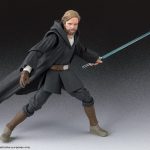 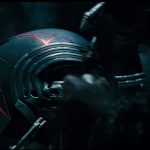