According to the Star Wars leakers, Revan from KOTOR fame will start to make his way back into canon via the upcoming Disney+ series The Acolyte.

Since the Acolyte series is set about 3000+ years after the events of the Old Republic games and written content, this would likely lead to appearances via either Force visions, storytelling, or holocrons that would be found by either protagonists or antagonists in the series.

Since the High Republic era was marked by an effort to expand the Republic’s reach further out into the galaxy, it would make sense that expeditions into the unknown or uncharted areas could result in the finding of long lost artifacts from the age of the Old Republic.

Remember though, it was also rumored long ago that the now dead movie series from GoT showrunners David Benioff and DB Weiss was supposed to focus solely on the Old Republic timeline. Could The Acolyte fold in some of the ideas from that project in a different way? Only the Force knows the answer to that. 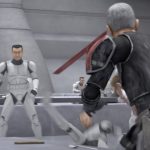 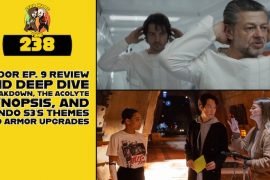