If you’re a fan of what Quantic Dream does with video game experiences and also love Star Wars, this latest rumor should be up your alley. According to Dualshockers, Quantic Dream is working on a Star Wars game, and the studio may have been at it for at least 18 months now.

Quantic Dream had a three game deal with Sony that ended in 2018 with Detroit: Become Human. Gamers were mostly split on they type of experience that Quantic had to offer in its narrative heavy games. Some, including myself, found the story-driven experiences to be enjoyable and emotional, while others found them to be ridiculous QTE simulators with too much emotion and not enough actual gameplay to be a game. With that being said, the studio was known for pushing advances in video game technology, visuals, and immersive story telling where player choice mattered, so the idea of Quantic working with the Star Wars license is interesting if anything else.

This rumor was first reported by French YouTuber Gautoz on September 16, who reported that “They’ve [Quantic Dream] now finished their contract with Sony and will be signing with Disney.”

Dualshocker’s Tom Henderson then began to corroborate this report with his own contacts who in turn had contacts at Quantic Dream who confirmed that the studio was indeed working on a Star Wars game, and that it has been in the works for 18 months. No one was able to tell Henderson exactly what state the game is in after these 18 months, but apparently he’s heard from those in the French gaming press that earnest development may not have been going down until the past several months.

If you need additional evidence that this rumor will eventually become a reality, the official Quantic Dream twitter initially “Liked” a report on the rumor, but apparently that “Like” has been rescinded, but not before it was captured in a screenshot. 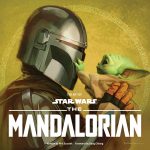