According to Jeff Grubb of GiantBomb and GamesBeat, the sequel to Star Wars Jedi Fallen Order is set to release in 2023 and will release exclusively on new generation consoles, PS5, Xbox Series X/S, and PC. Grubb spoke about this topic on his show, GrubbSnax. Take a look:

“One of the reasons they’re gong to be able to do that (release on current-gen) is because it’s not coming out until 2023. This game is for sure now not coming out until 2023. I guess it’s a slight disappointment, but I think we’ve been preparing people for that on the show anytime we talk about it. Every time it comes up I said they were targeting 2022, but nobody should really get their hopes up for that. Well now we can for sure say it’s definitely 2023”

Grubb also mentioned that while the game won’t have its own panel at the upcoming Star Wars Celebration, it will be seen and featured throughout the Celebration.

There was also talk about the possible name of the sequel since it is likely that the Fallen Order subtitle will be dropped. The most likely thing to happen with the title is for it to follow the format of previous titles like the Jedi Knight series which had Jedi Outcast and Jedi Academy subtitles.

Keep an eye out here for more information about the sequel to Jedi Fallen Order and everything else Star Wars related! 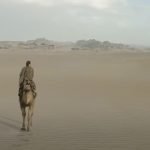 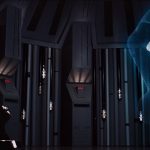