This latest Mandalorian casting rumor comes from Jason Ward over at MSW, and I should warn you that even he has doubts about this casting, but based on what he’s seen on set, and the doldrums of being locked down, he decided to run with this reveal, albeit with some serious hedge betting.

According to Ward, he saw Jaime Lee Curtis on the set that they use to film The Mandalorian, and it just wasn’t one occurrence. Apparently, he saw her around this set multiple times, which is why he thinks that she may have a role on the show.

He did concede that the Avatar 2 set is also around where Mando shoots, so she could be working on that project instead, so until Jason can get more confirmation from his sources, he’s sticking with this casting as being a rumor at best.

I think Jaime would make a great addition to the show, and with her skills she could play any sort of role, big or small, good or bad, so I’d definitely be down to see her in the Star Wars universe if this is true. 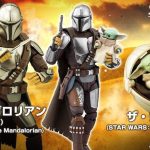 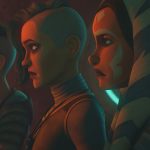