The Hollywood Reporter is reporting this story as fact, but these days, I don’t trust any Star Wars news as fact until the overlords at Disney officially bless it, but apparently J.D. Dillard and Matt Owens have been tapped for a Star Wars project.

It’s not clear whether the duo would be working on a film, or a Disney+ series, but according to the rumor’s source, this project won’t be related to whatever Kevin Feige is working on, nor will it be tied to Rian Johnson’s maybe-never-going-to-happen trilogy.

Dillard is known for his work on Sleight, while Owens was a writer on the Luke Cage series on Netflix and Agents of SHIELD. Both have other credits, but those are their most prominent.

As this is still a rumor to us consider it to be developing, but we will discuss it on the show next week for sure. Thanks to Greg for the tip! 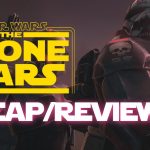 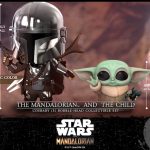