According to an unnamed source from LRM Online, Disney and Lucasfilm have opened discussion with Hayden Christensen to reprise his role as Anakin Skywalker in the Obi-Wan Kenobi series on Disney+.

Clearly, the role Anakin Skywalker would play in the series would be purely in flashback form since the Kenobi series is set after the events of Revenge of the Sith, but it also means that we could get some never before seen interactions between Obi-Wan and Anakin or some live action set ups of scenes we have seen in The Clone Wars animated series. These 2 characters are forever linked and have many encounters and adventures that can be told in flashback form to make the Kenobi series feel more emotional.

It is also being reported that the reveal of this casting will be announced that Star Wars Celebration 2020, which has not yet been canceled due to the COVID-19 pandemic, so if this is true, we could be hearing something official sooner rather than later.

We will keep you updated with any new information on this rumor or when things are made official by Disney and Lucasfilm. 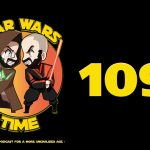 EA Finally Confirms That Star Wars Jedi: Fallen Order is the Start of a New Franchise