According to some new information from Making Star Wars, we may be seeing our favorite old scoundrel back on screen in The Rise of Skywalker.

It is very clear that Kylo has mentally struggled with killing his father after The Force Awakens, so much so that Supreme Leader Snoke called him out about it in The Last Jedi. It seems this weakness will carry over into The Rise of Skywalker as Kylo is still seeking guidance and relief within the Dark Side.

From what MSW was able to find out, it seems like Kylo was having another conversation with Grandpa Vader to try to drive out the ‘weakness’ within him, but this time, an unexpected vision comes to him, a vision of his father, Han Solo.

Han is not a Force Ghost, but it is possible that the Force itself or maybe Uncle Luke Skywalker is reaching out to Kylo to show him that perhaps darkness isn’t the way and it is not too late to turn back to the light.

Obviously, these types of leaks/rumors are all to be taken lightly at this point, but MSW is known to have very reliable sources that get the story at least partially correct. 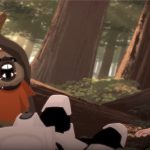 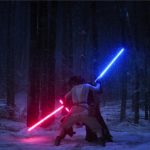