Jason over at Making Star Wars posted a huge rumor last week about what we may see in The Rise of Skywalker, in particular, how Rey and Kylo may duel with each other in the film, which will feature a brand new and very powerful Force power.

If you’re going for a clean viewing of the film, you may want to turn away from this article, because while it is purely speculative at this point, MSW has been known to payoff, so beware.

Alright, so here’s my interpretation of the rumor that MSW relates in the linked article above. Rey and Kylo will fight at least once in the movie, but the fight will be wholly unique for live-action Star Wars. Apparently, the two will be physically fighting each other, but due to either their powers, or say an outside force, or even the Force itself, they will be transported to various locations that have been featured throughout the saga over the course of the eight Skywalker films as they do battle. This will be a brand new Force power, that has been dubbed a “Force Flash Fight”, and it could be the one Daisy was so coy about during the Episode IX panel at celebration.

It even sounds like they may travel across time and space, not to unlike what happened to Rey when she touched Luke’s lightsaber in The Force Awakens. There she was transported to key locations featured in the original trilogy, and the sequel trilogy, and thanks to the scenes featuring her on Jakku, and her in the rain watching the Knights of Ren murder people, it could make sense that these Force Flashes as MSW has coined them, can take Force users backwards, or forwards in time.

Time travel was made canon in Star Wars Rebels, which featured a realm that allowed Force users to look back or forwards in time, and if you were pure of heart, one could even influence these time portals, which is how Ezra saved Ahsoka from her battle with Vader from the future.

Anyway, Rey and Kylo will be Force Flash fighting their away across iconic galaxy locations, ones that are probably tied to major Skywalker saga events, or are Force related. There’s a good chance the teaser trailer featured a part of one of these Force Flash Fights when Rey and Kylo have their wild west standoff in what could be the Jakku or Tatooine desert. You’d think if they were mixed up in a battle between the Resistance and the First Order that there’d be much more action going on than just Rey and Kylo in an open desert, so it could very well be a stop on one of their Force Flashes.

MSW’s Jason Ward also speculated that Rey and Kylo may have to use this new type of Force power to take out an unknown, and very powerful threat, which just may now be Emperor Palpatine, now that he’s confirmed to be coming back. I for one have always felt that Kylo would be redeemed through Rey, very much like Vader was through Luke, and I’m still sticking with that, so I definitely do see them having to work together in the end to vanquish the ultimate evil threat to the galaxy. Although, I’m not so sure he will have to die to do it now though, so more on that as we continue to speculate our asses off until December.

You can read the full rumor report over on MSW if it recovers from being hammered by Star Wars fans.

RUMOR: Another Major Character To Return In ‘The Rise of Skywalker’ 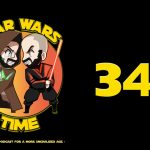