According to The DisInsider, Disney and Lucasfilm are on the hunt for an actor to play Grand Admiral Thrawn, the infamous Chiss Imperial officer that has succeeded in making the jump from Legends canon to new canon via both novels and the Star Wars Rebels animated series.

The source, DanielRPK on Twitter, did not state a specific project that Thrawn was to be involved in, but it is almost certain that The Mandalorian can be counted out. As far as we know based on character threads from Galaxy’s Edge in Disney Parks, Ezra Bridger and Thrawn are still lost during the Age of Resistance timeline. This opens up the possibility for a standalone series that would feature either Thrawn by himself in a different period in his life or Thrawn and Ezra.

Again, this is 100% rumor material at this point as there has been no mention of this casting by anyone at Disney or Lucasfilm, but we will keep you updated if any new information arises. 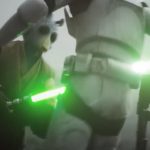 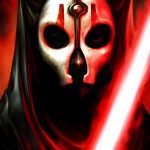