According to MakingStarWars, the Dark Lord of the Sith will be making an appearance in the live-action Ahsoka series.

In June, MSW reported that the team that brought Vader to life in the Kenobi series was being enlisted again for another series, but at the time, the exact series wasn’t known. Now, MSW is reporting with 100% confidence that the series is indeed Ahsoka.

According to MSW’s sources, Tom O’Connel is being, or has been fitted for new Vader armor for the series. His sources have also told him that Darth Vader will have a significant sequence in the series. Finally, it sounds like Tom O’Connel will be the only super tall dude to don the suit this time around as the other performer not named Hayden, hasn’t been asked back. Apparently, Dmitrious Bistrevsky and Lucasfilm had a public spat over financials on social media, so that could be why he isn’t working as Vader on Ahsoka.

In terms of how this Vader scene will play out in the Ahsoka series, MSW doesn’t know the full details. It would have to be a flashback, so like MSW, I could see Ahsoka’s iconic fight with him on Malachor being the significant scene. Not only would it clue casual fans into the history of Ahsoka and Anakin/Vader, but it could also be used to show how she is tied to Ezra thanks to his involvement with their duel when he used the World between Worlds to essentially save her from death.

Nick and I will talk more about this leak on this week’s episode of the SWTS, so don’t forget to tune into the Star Wars Time Show on a weekly basis via our podcast platforms or via YouTube if you prefer the livestream angle. 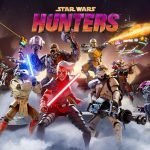