According to Giant Freaking Robot, Daisy Ridley, aka Rey from the sequel trilogy, is in talks to return to Star Wars in a future project. While there is no substance behind this rumor other than the word of GFR, the idea of Ridley returning to the franchise opens up plenty of room for speculation.

If Lucasfilm and Disney plan to push the Star Wars timeline forward past The Rise of Skywalker, Rey’s character is an absolute must. Rey basically holds the keys to the future of the Force and a possible revival of the Jedi Order, or a suitable equivalent.

If this rumor is true, which it very well may NOT be given Ridley’s previous statements on returning to Star Wars, it will be interesting to see what kind of project Disney and LFL has planned for a TROS follow up.

Personally, a Clone Wars style series for Disney+ would be an excellent way to continue the story of Rey and her journey to nurture the Force in people throughout the galaxy, but a live action series would be even better. Disney is yet to miss on any of the Star Wars TV projects, so that may be the best way to re-endear people to the characters from the sequel trilogy. Only time will tell if this rumor has any truth to it, but I, for one, am hopeful that we will get to revisit the sequel trilogy characters and have their stories continued. 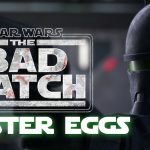 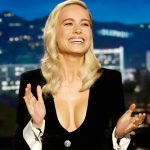