SWNN has gotten some updates from their source on Disney Plus Day’s planned Star Wars content, and fans will definitely be thrilled for what’s in store. These are being classified as rumors by SWNN because they couldn’t get Lucasfilm confirmation, but based on what we’ve been discussing on the SWTS, most of these reveals will go down in some form or fashion. They just make too much sense.

According to SWNN’s source, the Obi-Wan Kenobi series will be getting a teaser trailer for the event. This makes sense considering the series wrapped principal photography a few months ago, but I wouldn’t be surprised if we got a sizzle reel, or one of those mini-BTS documentaries on the production.

Surprisingly, Andor is rumored to be getting another sizzle reel, which is essentially what was shown last year during the investor presentation that introduced all of the new Star Wars shows. One would think that a trailer should be ready for Andor by now, but it doesn’t sound like that’s in the plans for D+ Day.

In terms of The Mandalorian and The Book of Boba, a BTS-sizzle reel is rumored to be planned for both. This makes sense for Book considering the first trailer just aired this week, but for Mando the timeline seems off. This show supposedly just started filming towards the end of September, so it seems a bit too short of time to put together a reel like this, but I guess that’s what interns are for, so hopefully we do get a look at what’s going down on the set of Mando S3.

Finally, it sounds like there will be a few new series revealed, with a canon-based animated series being amongst them. This could very well be the Animated Maul series we just discussed on the show this week. Bad Batch S2 will also get some time in the spotlight on D+ Day.

Nick and I will talk more about these potential reveals on next week’s episode of the SWTS, so don’t forget to tune into the Star Wars Time Show on a weekly basis via our podcast platforms or via YouTube if you prefer the livestream angle. 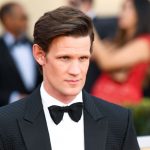 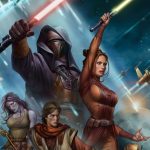 Rumor: A 2022 Star Wars Production Could be for an Old Republic Era Film