According to a rumor posted by Cinelinx, LFL is currently working on a new Star Wars animated series that will focus on Maul and his time leading Crimson Dawn before Solo: A Star Wars Story.

If the rumor is true, this would place the show right towards the end of the Clone Wars era which is right where we lost track of Maul before seeing him again in Star Wars Rebels. The rumor also states that several notable Clone Wars voice actors are currently working on an unknown project, namely Dee Bradley Baker aka every clone, Matt Lanter aka Anakin Skywalker, and Sam Witwer aka Maul.

It seems like Disney may be taking the approach of filling all of the missing time gaps between the original trilogy and the prequels, so a show bridging the gap between Revenge of the Sith and Solo would work nicely towards that goal. 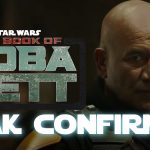 ‘The Book of Boba Fett’ Teaser Breakdown and a Leak Confirmation 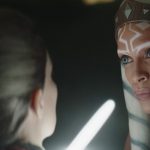 Ahsoka Could Return In The Mandalorian Season 3